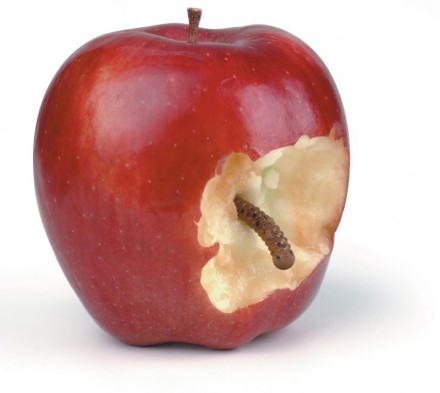 Yesterday, a friend of mine sent me an email which said:

“Chapter 2 in the book (Tullian Tchividjian’s God + Nothing = Everything) talks about the everything that we had in the beginning and everything that we will have in the end, and makes the statement,  ‘Between Genesis 1 and the last pages of Revelation, there unfolds an epic story marked by incalculable tragedies…’

“I agree with the above, but want to relate a question posed to me by a missionary turned atheist: Given the great epic of tragedies, suffering, etc., couldn’t God in all his wisdom have done it another way? How would you answer him?”

Here’s how I responded:

“My wife and I talked about this somewhat. She made the best point possible:

“‘Yes, God could’ve found another way, but in the process, would’ve taken away our choice.’ We chose poorly and the ‘epic tragedies’ began. God gave us the freedom and, in the beginning (before sin), the Kingdom. We chose wrong and have been choosing wrong ever since. That is why we needed a Savior.

“I would say your missionary-turned-atheist friend has had an epic tragedy in his own life, and because of his choices or someone else’s choices (possibly his church or denomination), he suffered greatly… to the extent that he couldn’t persevere in his faith.

“As my wife said, ‘We make it difficult. It’s really quite simple. We try to blame God for everything (or question everything), when we’re the ones we should be blaming.’ She’s a wise lady.”

Some may think that’s an over-simplification, but I’m not so sure. Yes, there are seemingly random tragedies in this world – car accidents, for instance. But in the very beginning, our ancestors chose wrongly, and the tragedies began. Sin, disease, death, and decay all began with the Original Sin.

For the sin of this one man, Adam, caused death to rule over many. But even greater is God’s wonderful grace and his gift of righteousness, for all who receive it will live in triumph over sin and death through this one man, Jesus Christ. Yes, Adam’s one sin brings condemnation for everyone, but Christ’s one act of righteousness brings a right relationship with God and new life for everyone. (Romans 5:17-18, NLT)

Against its will, all creation was subjected to God’s curse. But with eager hope, the creation looks forward to the day when it will join God’s children in glorious freedom from death and decay. (Romans 8:20-21)

At men’s group last night we talked about hope. Pastor Brandon challenged us to put this Scripture in action:

Always be prepared to give an answer to everyone who asks you to give the reason for the hope that you have. (1 Peter 3:15b)

Yes, he challenged us to take our hope to a world that needs to hear about our hope and see it in action. But he asked us each to give a reason for the hope we have – in three minutes or less – right there in our group.

A couple of guys spoke up and spoke of eternal life and knowing that they will be with Jesus in heaven. When my turn came, I thought of the blessed hope, the hope of heaven, but instead, I just had to talk about freedom.

First, knowing who you are IN CHRIST is key for me. As I’ve repeated so many times, I am a child of God with Christ dwelling in me, and I live in the unshakeable Kingdom of God. As a child of God, God has adopted me into His family, He has chosen me (and you), and He loves me with an unchanging, unrelenting love. He is forever thinking of me, and, unbelievably, sings over me. There is nothing I can do to make God turn away from me or to love me any less, and thankfully, there is nothing I have to do to make God love me, or to love me more.

Secondly, Jesus lives in me. I don’t have to ask Him to come to me. He’s in me! Little by little, as I allow, He is taking over my life. And because I can rely on Him always working for my good, I can relax and let Him take charge. I can’t tell you the freedom that brings!

It’s my identity in Christ that allows me to fully trust Him moment by moment, no matter what comes my way. I realize that God’s intentions toward me are nothing but good. He wants to grow me and He knows what’s best for me. I know that in the end, God wins. He gets the final word. Justice will prevail, although probably not here on earth. But in the end, justice will prevail.

In the end, I win. I may suffer. My world may fall apart. I may get sick. I will die. But in the end, because of all that Jesus has done, I win. That makes me IN CHRIST (and ONLY in Christ) unshakeable.

Plain and simple, that gives me hope.

Are my three minutes up?

My friend, Bruce Catlett passed away last Sunday, and in his last few months, he had grown especially close to a few friends. One of them texted me last night, and I asked him how he was handling the death of his close friend. He answered that he was doing fine… he was just longing to be where Bruce now is, in heaven with Jesus.

Ultimately, that is what gives him hope. That is what gave Bruce hope. That’s all Bruce could talk about, especially in his last days.

We always pray for you, and we give thanks to God, the Father of our Lord Jesus Christ. For we have heard of your faith in Christ Jesus and your love for all of God’s people, which come from your confident hope of what God has reserved for you in heaven. You have had this expectation ever since you first heard the truth of the Good News. (Colossians1:3-5, NLT)

Faith and love come from hope. There it is. In this case, it was music to Paul’s ears. He had heard that the church he had planted in Colosse was making an impact. They were spreading the love of Jesus Christ, most certainly by just living their lives in front of the folks around them. They were different from the culture. They had hope. And news travels fast… especially good news. It made it all the way to Paul’s prison cell in Rome.

We have that very same hope. And our good news – the hope that we have in Christ Jesus and the work He has done for us – shows itself in faith and love. It shows itself in very much the same way as it’s done for centuries: by just living it authentically (not perfectly) in front of a watching world. It’s not easy and I am embarassed by my behavior in so many ways on so many occasions. But because of Jesus’ love for me (and you), I know that I live in the unshakeable Kingdom of God. I am a Kingdom-dweller. I am a follower of Jesus. My hope is borne out of my identity (which is permanent) and not my behavior (with is temporary). That is where my hope comes from.

And although I, too, would love to be with Bruce and Jesus, I know that as long as I’m still here, there’s still the Good News of hope to be spread. 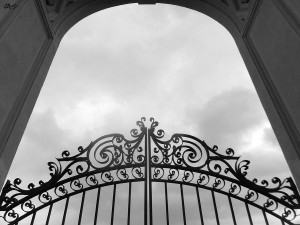 I don’t know if you’ve ever been at the side of someone who has drawn their last breath. I’ve had that privilege twice: once was at my mom’s bedside when she passed away in 1986. The other was in 2001 when I was at the bedside of Ruby Truslow, one of the matriarchs of Community Fellowship Church of the Nazarene. Each time, it truly was a privilege. I really can’t describe the sweetness of the final moments of those lives. In each case, though, there was a tremendous sense of peace, and I’ll say it again… a sweetness.

Last night, I was reminded of that sweetness as I had the privilege to fellowship with a few members of our men’s group at CFC. We hadn’t been together since I had left the church in August. The occasion, however, was bittersweet. We were visiting a man who’s been part of that group for the past two years, and togther, we’ve journeyed through his battle with stomach cancer. He’s experiemced quite a few ups and downs, and just received word that the cancer has spread to his bones. He has been an inspiration to us all with his steadfast faith and the delight he takes in being with his family and friends.

You might know Bruce Catlett. If you met him, it wouldn’t take you long to get to know him. With his wry sense of humor and quick wit, he’s easy to get to know and love. His faith is indeed steadfast and although his time left is short, his sense of humor, even in the face of death, is as sharp as ever.

My ears perked up last night when Bruce said, “It seems like life is sweeter – now that I’m closer to the end.” I asked him what he meant by that and he said that being surrounded by such great friends and having his family so close made the past few weeks so rich and so sweet. He said that he heard a pastor recently say, “So many of us are so busy living our lives that we don’t realize that we have a life to live.” In his last days, Bruce Catlett has never taken any of them for granted.

It was one of the sweetest, most blessed evenings in a long time. We laughed together, we shared our recent trials, but best of all, we prayed together for one another. After we took a group photo together he said, “I’m gonna take this photo to heaven and tell them that if any of the guys in the picture show up, call me for a reference.”