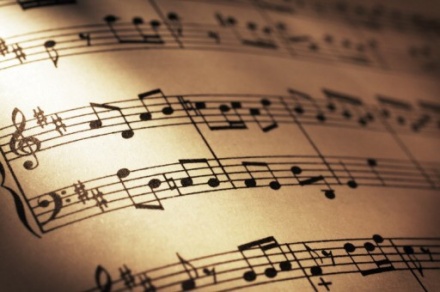 Sometimes I wish I was a scholar of Greek and Hebrew. Although, the classes, on the surface, sound like they could be as dry as the Mojave Desert, they would yield a deep well of refreshment, if only we dig a little. Here’s what I mean…

In Day 2 of Draw The Circle, The 40-Day Prayer Challenge, the author, Mark Batterson, relates how God sets divine appointments for us each day. He sets the appointments. It’s up to us to keep them. He creates the opportunities; it’s up to us to seize them.

He tells the story of a gentleman on a cross-country trip to Las Vegas. During his trip, he read the opening chapter of one of Batterson’s other books talking about this very thing: seizing the opportunities God creates for us. He was convicted that he should be more attentive to his surroundings, and after he switches planes in Phoenix, he sits next to a girl who, when he makes brief contact, shuts him down and gives him a look which meant, “Don’t talk to me again the rest of the flight.” Unable to shake the feeling that he needed to talk to her, he said, “I’m sure it’s none of my business, but you seem so burdened. If talking to a total stranger would help, I’m all ears.”

This seventeen year old girl opened up and revealed that she was pregnant and running away from home. Her boyfriend told her to get out and go “fix it.” She was headed to Las Vegas to get an abortion. After talking to her, he convinced her to call her parents when she landed in Vegas. She did and her parents convinced her to come back home. By seizing the opportunity and keeping the divine appointment, this man saved one life and maybe two.

In their hearts humans plan their course, but the Lord establishes their steps.

The Hebrew word for “establishes” is “kuwn.” It is a rich word, dripping with meaning. If you have a Greek-Hebrew Bible Dictionary, you’ll see what I mean. Mark Batterson expounds on it further:

“The Hebrew word ‘kuwn’, translated in Proverbs 16:9 as ‘establishes’ can also be translated as ‘determines’, ‘prepares’, ‘provides’, ‘sets in place’, ‘directs’, ‘firmly decides’, ‘makes secure.’ It is a meticulous word that involves careful planning right down to the smallest detail. It’s a redemptive word that celebrates God’s ability to redeem past experiences and recycle them for future opportunities. It’s a calming word that imparts confidence in the fact that God has everything under control. It’s a creative word that hints at God’s artistry.”

For we are God’s handiwork, created in Christ Jesus to do good works, which God prepared in advance for us to do. (Ephesians 2:10)

It is a rich word indeed, telling of the Maestro’s creative masterpiece concerto which is your life today.

And it sounds beautiful.